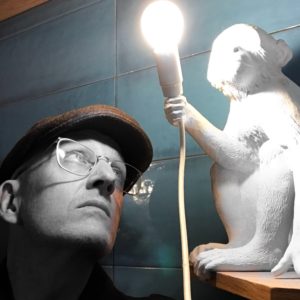 A trumpeter, Tim was a founding member of US ska legends The Mighty Mighty Bosstones.  He is a full member of the International House of Japan, in Tokyo. Born in New York City and raised on the island of Martha’s Vineyard, he has lived in Paris for the last two decades.